St. Nicholas’ Church in Haxey serves the villages of Haxey, Westwoodside, East Lound and Graizelound. Known locally as the ‘Cathedral of the Isle’ as it is the largest church building on the Isle of Axholme. It can seat up to 450 worshippers.

Built during the Norman period with many later additions it is now a Grade 1 listed building. Extensive repairs have taken place in 1853 and the chapel was restored in 1874. As well as 6 bells it contains and ancient carillon. This musical instrument is made up of at least 23 cast bronze bells in chromatic order. They can be played by a clavier which is a type of wooden keyboard. However, through the use of perforated rolls the carillon in Haxey can automatically play three hymn tunes.

The church also contains inscribed brasses in the nave central aisle to Rev. Richard Herring of 1712 and his wife Bridget of 1711. 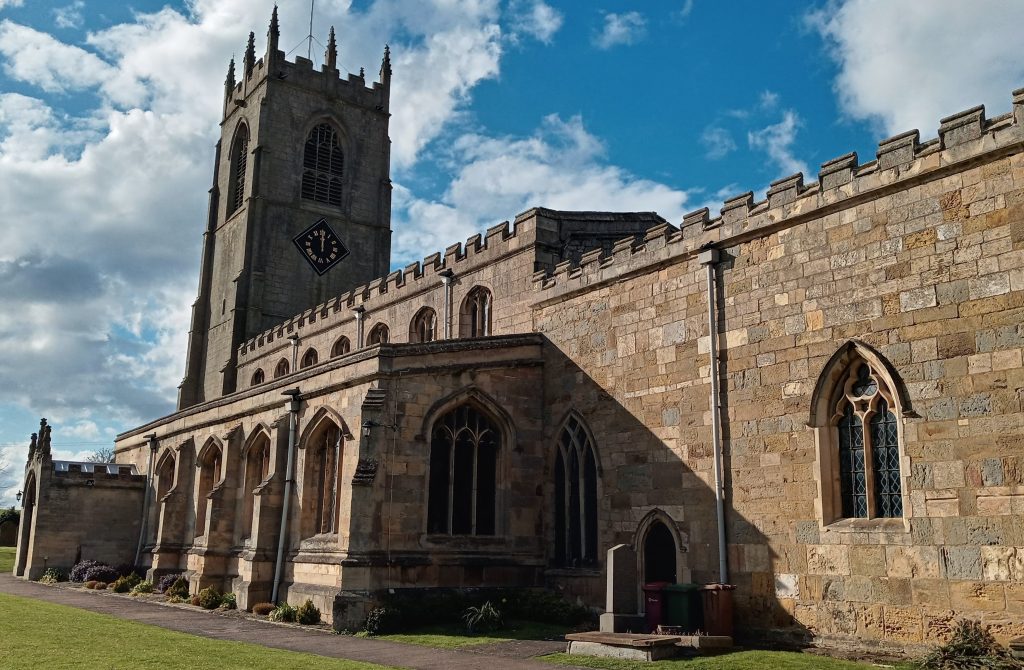