This is the 30-foot-high Temple Belwood Obelisk.

Erected in 1787 by William Johnson as a monument to his favourite horse. Local stories state that whilst out hunting one day William’s horse fell and broke its leg. It had to be destroyed. William was so upset at this he personally shot his two best hounds so they could be buried either side of his horse, Sir Solomon. It is said William took no interest in hunting from that day forward.

The Obelisk is a grade II listed monument, built in brown brick with sandstone ashlar dressings. It contains 3 rectangular openings which were probably designed to be nesting holes.

It is believed that rather than being buried under the obelisk, the horse and hounds are buried in the Dog and Horse Plantation to the north east of the site of the old Temple Belwood house. A local pub in Belton for many years took the name Sir Solomon in memory of this horse before eventually closing and being damaged by fire. 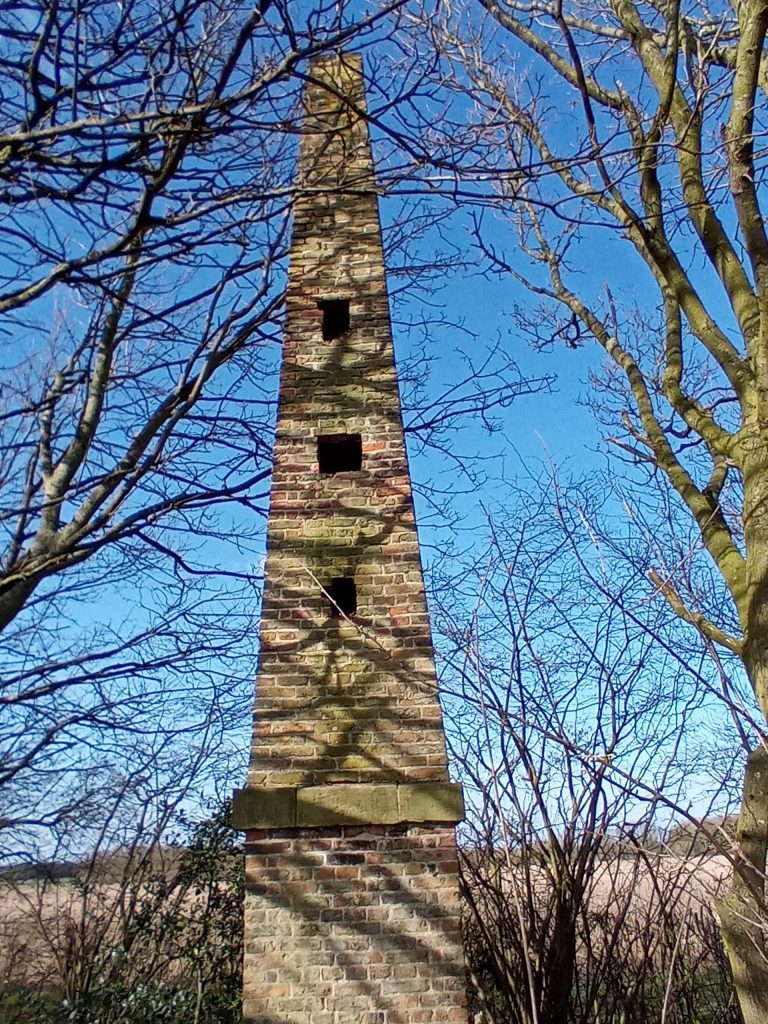