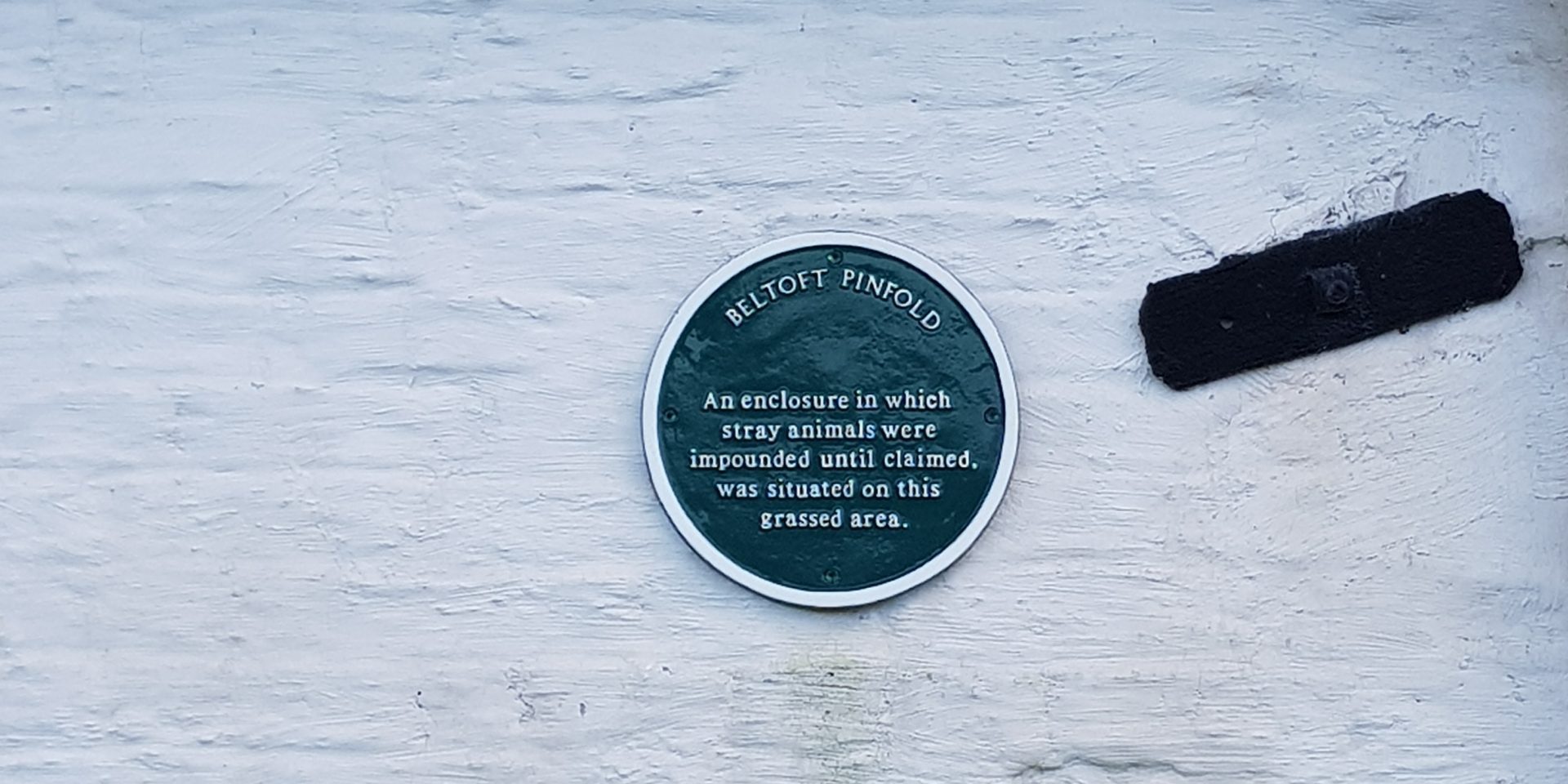 This Pinfold sign in Beltoft indicates the area where stray animals were kept before being claimed. Stray sheep, pigs and cattle would be kept here until their owners could get them. They also served as somewhere to keep animals overnight whilst travelling to market. There would be a small fee or fine for the animals being kept there. Attempts to remove your animals without paying could have resulted in imprisonment. The person in charge of the pinfold was known as the Pinder. By the 16 Century most villages and townships would have had a pinfold or enclosure of some kind. The size of which would have varied depending on usage and population size of the area. There are plaques throughout the Isle of Axholme villages indicating the locations of old pinfolds. Like this one here in Beltoft, signs can be seen at Belton, East Lound and Haxey.