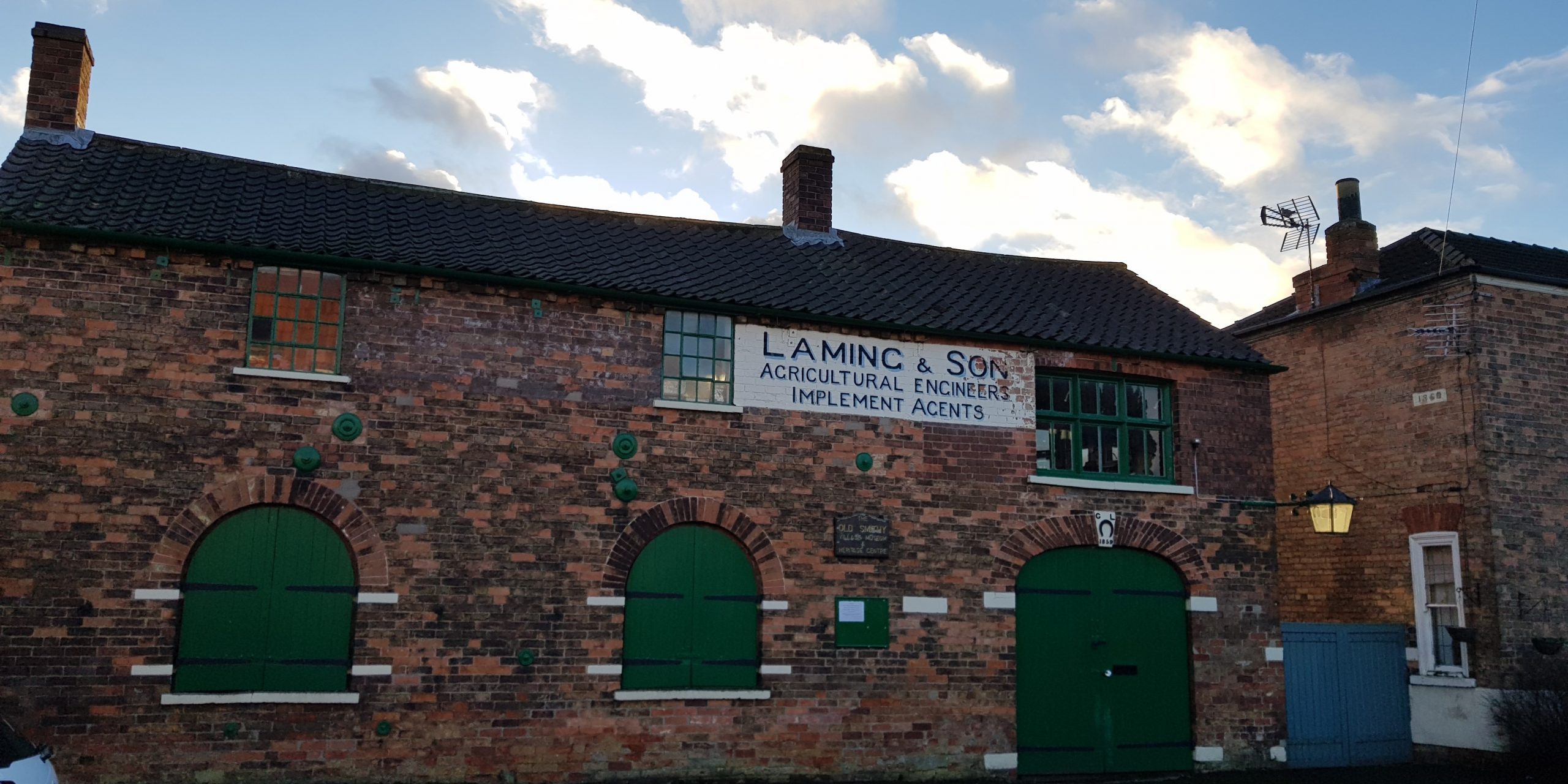 Here we can see the Old Smithy at Owston Ferry. It was owned by five generations of the Laming family. In 1905 Kelly’s Directory of Lincolnshire lists William Laming as an agricultural implement maker and blacksmith. At one time every village would have had a blacksmith. They undertook important work such as making tools and reshoeing horses. This blacksmith shop is unusual as when it closed in 1975, George Laming shut the doors leaving everything in situ. The building is now a museum open on select days throughout the year.

The building was built in 1859 and contains two forges. This would imply it was very busy in its day. In 1900 a shoeing shop was added to the building allowing two horses at a time to be shod. At some point the building was extended upwards with first floor storage space added. The different colour of bricks can be visibly seen. There was also a carpenters shop in the backyard with evidence of cart and wheelbarrow manufacture.