The West Butterwick church of St. Mary the Virgin was erected in 1841.  It consists of a nave and square tower with a single bell.

In 1879 the interior had been refitted by the Reverend D. J. White at a cost of about £160. The churchyard was given to the church in 1875 by Sir Robert Sheffield. The Sheffield family were the chief landowners of West Butterwick and lived at Normanby Hall near Scunthorpe. The associated vicarage was built in 1863 by James Fowler of Louth who was well known as a church architect.

A stained-glass window by William Wailes representing scriptural subjects was inserted in memory of the parents of William Maws Trousdale. Trousedale worked in the village as a general surgeon.

The chancel windows depict the arms of the Archbishop of York, the Bishop of Lincoln and others who contributed to the church. An earlier chapel was founded in West Butterwick in 1415 by William de Lodyngton. It was pulled down in the 17th Century and the stone was used for the South Ferriby sluice as well as the foundations of the new school. 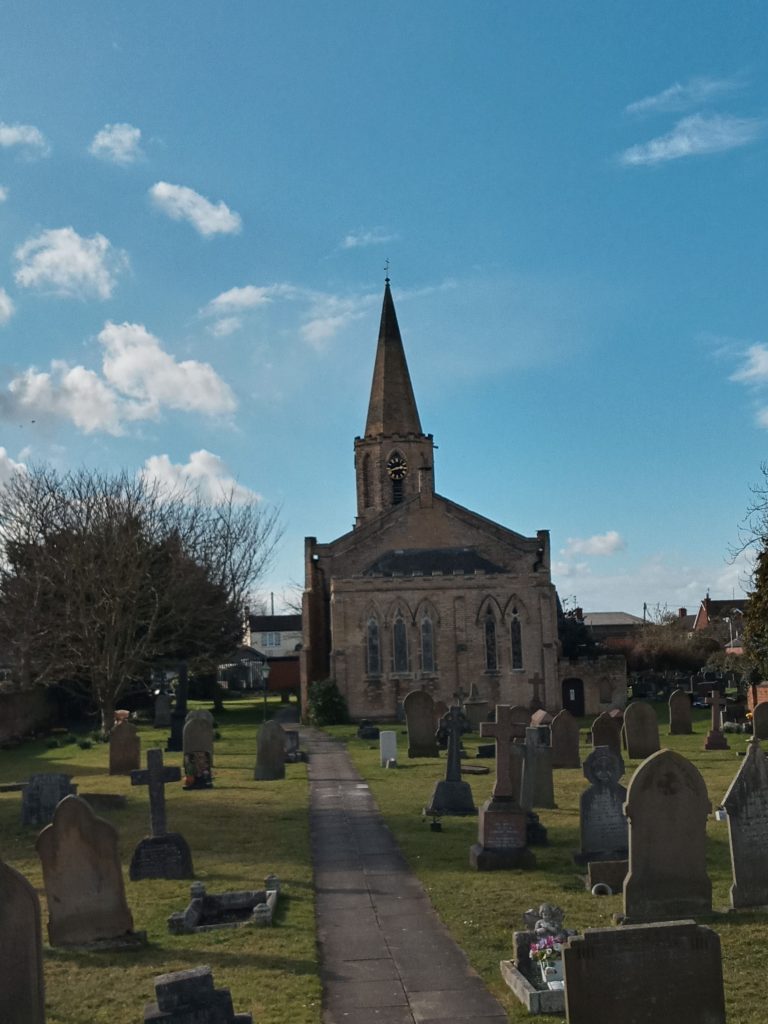