The de Mowbray family once owned all of the Isle of Axholme as well as other estates across England. They had a Medieval Manor house in Epworth called Vinegarth. It was situated on land next to where St. Andrews Church now stands. It is here that we can find this blue plaque commemorating William de Mowbray who was one of the 25 Barons tasked with keeping the terms of the Magna Carta.

He was chosen for this role as he was at the forefront of the opposition to King John.

When the Magna Carta was signed in 1215 it established for the first time the principle that everyone including the king was subject to the law. These 25 Barons were entrusted to ensure the King complied with its terms.

Due to his involvement with the Magna Carta, William was ex-communicated by Pope Innocent III. In 1217 William was taken prisoner at the Battle of Lincoln for his support of Louis VIII. He was forced to give up his manor of Banstead in Surrey to Hubert de Burgh as the price of his redemption.

The family never succeeded in recovering this estate. When William died in Epworth around 1224 he was taken and buried at Newburgh priory. 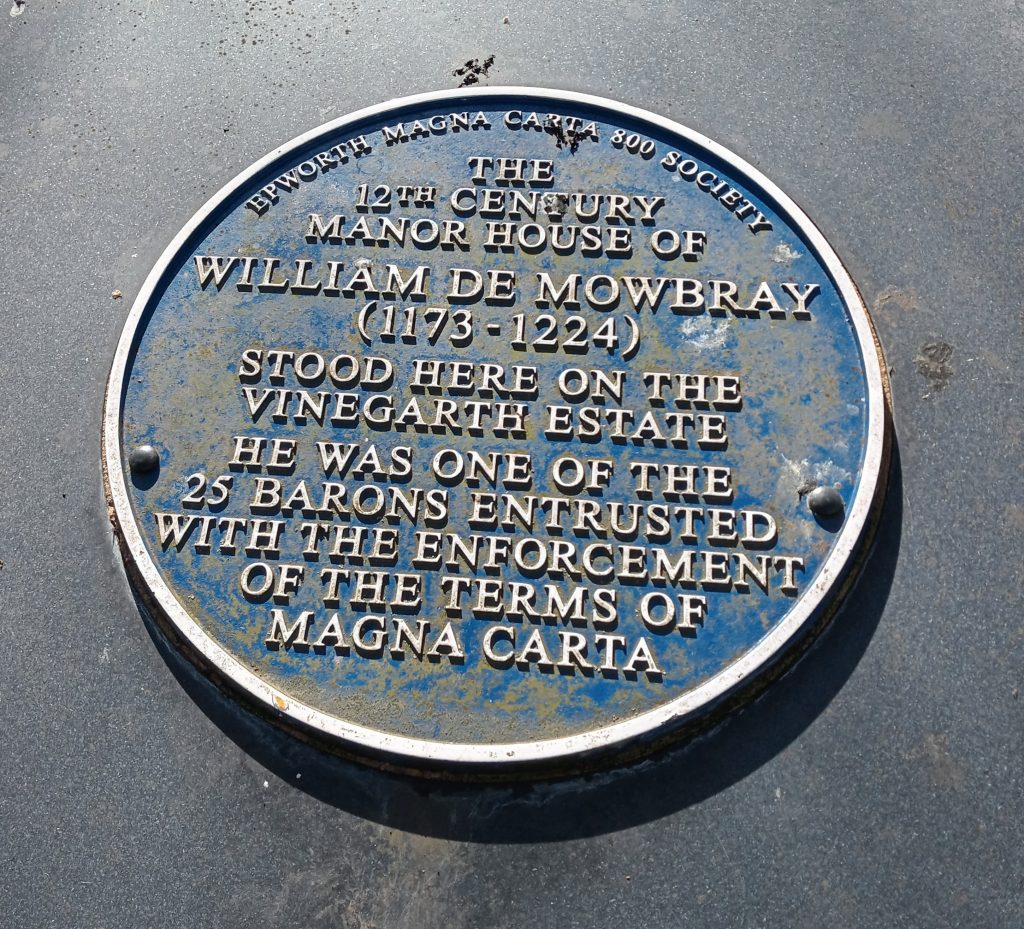