In 1747 Amcotts villager John Tate made a discovery whilst out digging for peat. As he dug down, he cut the toe off a left shoe from a female body which had been preserved within the peat. News of this discovery soon reached local antiquary George Stovin from Hirst Priory in Belton. He led an excavation of the site conducted by his servants. He took away a long bone, a hand, both feet and both leather shoes. The rest of the woman’s remains were buried in the Amcotts Churchyard. Writing to his son, Stovin stated that the woman appeared to be ‘overcome by some strong eddy of water, for she lay upon one side bended with her head and feet almost together’. It is possible that she was a human sacrifice and was purposefully placed in the peat however it is unlikely we will ever know for certain how she ended up there. This letter was read to the Society of Antiquarians in October 1747 where the hand, long bone and right shoe were also sent. An information panel in Amcotts now marks this historic discovery and is situated on the corner of Church Street and Dark Lane, not far from where this woman was found. 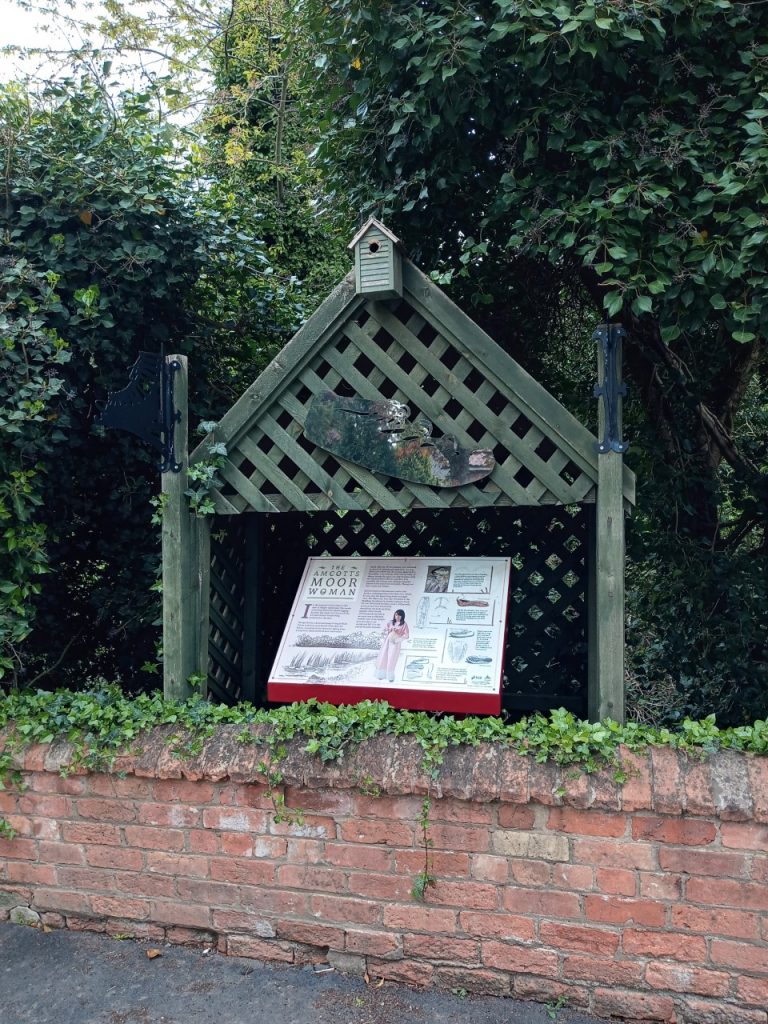