St. Oswalds Church in Crowle has aspects dating from the 12th century. Additions and alterations can be seen through the 13th century chancel arch, 14th and 15th century nave south windows and the 15th and 16th century arch to the north chapel. The church also underwent restorations in 1884 by A.S. Ellis of London. It contains a three sectioned stained-glass window depicting the Crucifixion, St. John and St. Bartholomew. This church, like nearby Althorpe church, is dedicated to St. Oswald who was King of Northumbria and converted to Christianity. Inside the church can be found carved small brass plates to the Stovin children of c.1784. There is also a fragment of a decorated Anglo-Scandinavian cross shaft or monument. It is decorated with Norse carvings and is probably 11th century in origin. It was originally used in the 12th century as a lintel above the west door of the church. However, during building works in 1919 it was removed and reset in the west bay of the nave arcade. A runic inscription with the stone probably translates as ‘Lic Baecon’ or ‘memorial stone’. 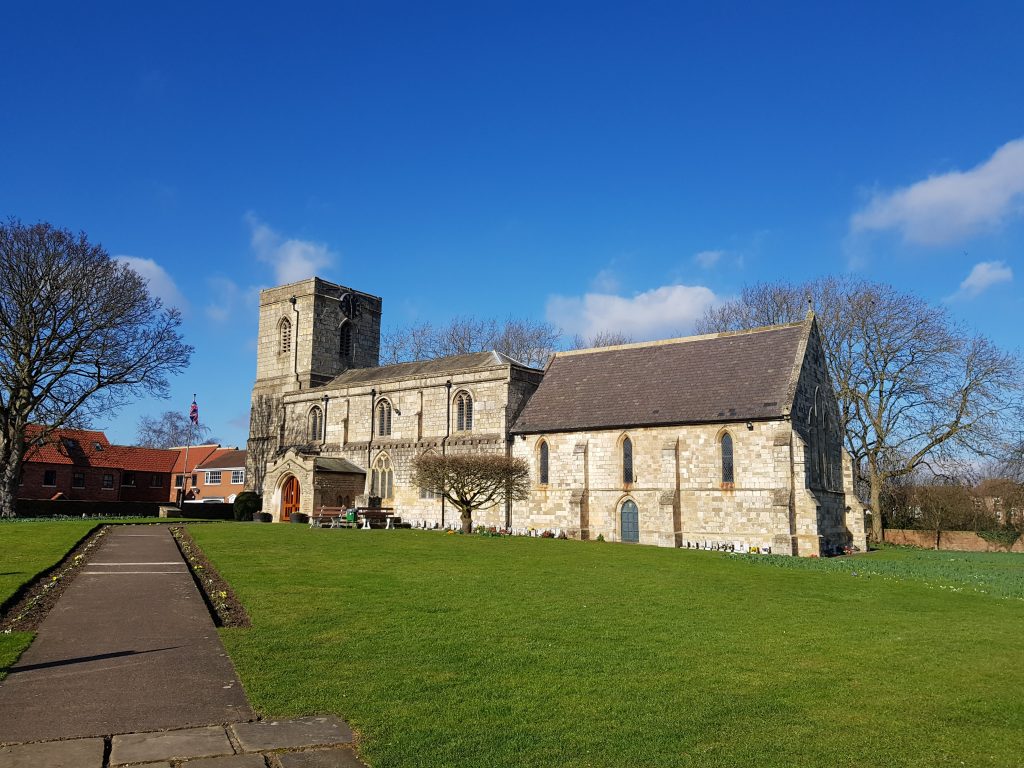