This is a fragment of an Anglo-Scandinavian cross shaft or monument. Nearly seven feet in length it is believed to date from the 11th century. It is known locally as the ‘Crowle stone’. It is decorated with Norse carvings which include serpents, two flying dragons, two figures in conversation and a third figure on horseback. It also has a runic inscription on it which probably translatable as ‘Lic Baecon’ or ‘Memorial stone’. This stone had been reused by Norman masons in the 12th century as a lintel above the west door of St. Oswalds Church in Crowle. During building works at the church in 1919 it was removed from this position and reset in the west bay of the nave arcade. 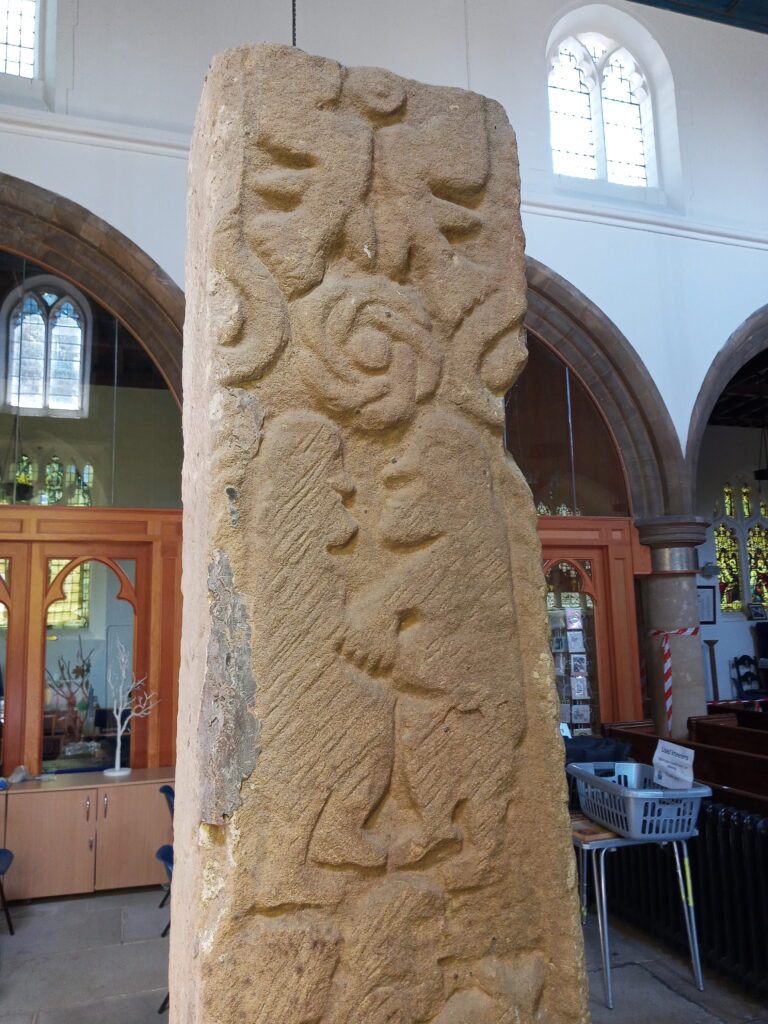 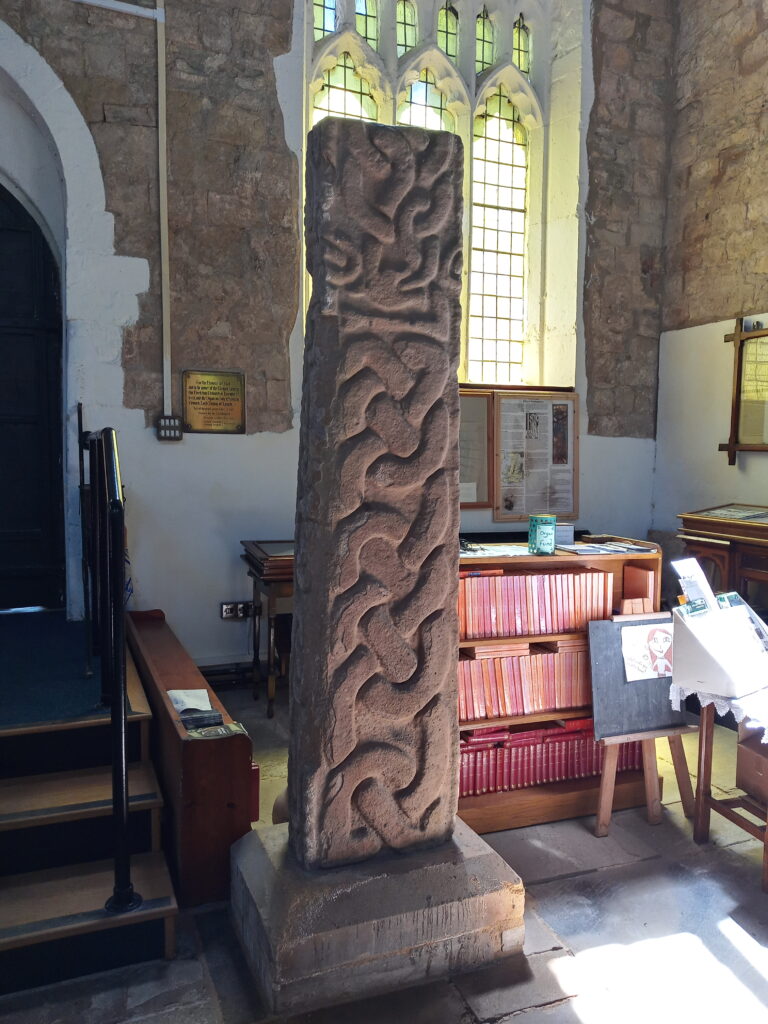