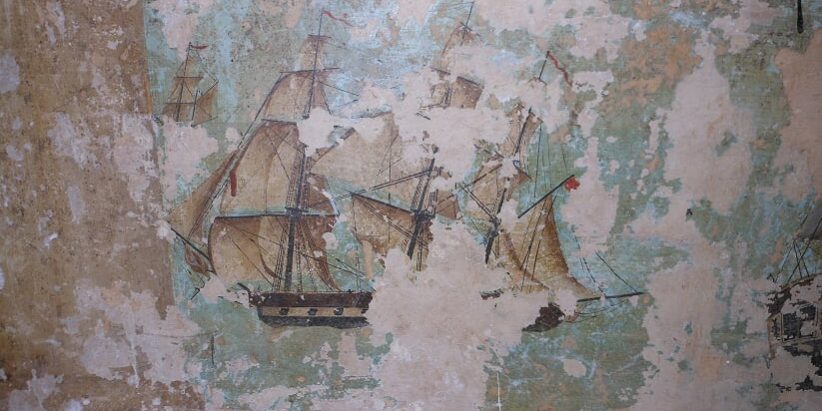 This is part of an interesting mural found on the wall of a house in Belton. Depicting several ships, it is unfortunately in poor condition. Local stories say the image was painted by monks from Temple Belwood although there is no evidence to support this claim. Now a residential house the building, built in the 1700’s, has had a previous life as a pub as well as a farm. Several years ago, a passage was found leading from the house to a Church across the road. This passage has since been blocked but was believed to have been in use when the building was a pub.