This is the former Regal Cinema on the High Street in Crowle. It was built on the former site of W. Bleasby’s blacksmiths shop. It was built by Mr Spivey and sons to replace their earlier cinema, The Picture House in the Market Hall. It opened in 1937 with one screen and 500 seats. Hollywood actor Jack Evans came on the opening day to witness a packed-out screen. His manager, Mr J.J Allen of London is quoted in a local newspaper as saying he ‘had a great difficulty in convincing Mr Evans that Crowle was on the map but he now realised it was’. The first film shown was ‘Gold Diggers of 1937’. The cinema eventually closed in 1970 with the last film shown being Disney’s ‘Bambi’. The building was later used as a motor museum, a garage and various shops before being bought in 2005 by Tesco’s. 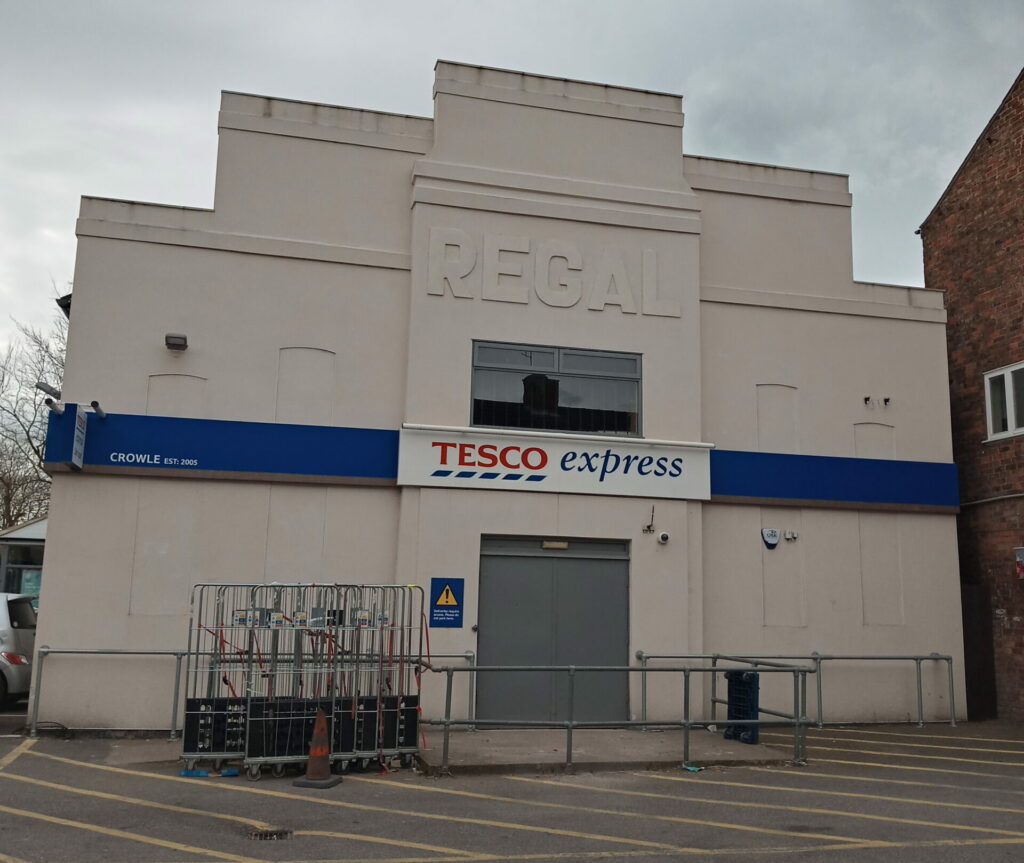